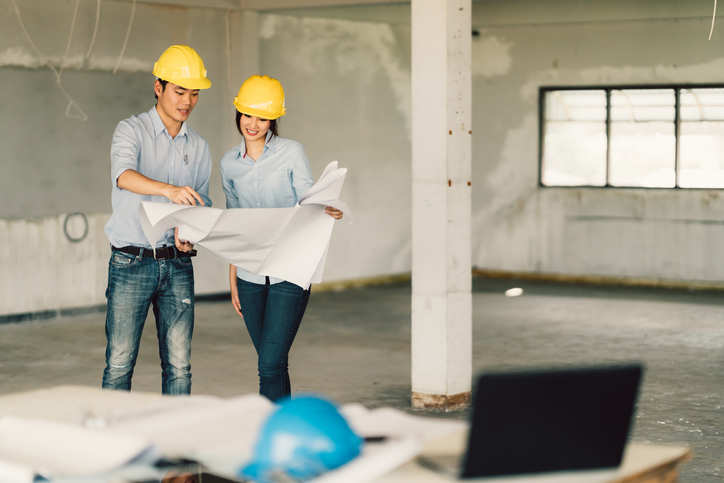 However, overall spending remained flat for third consecutive quarter with declines at restaurants and on entertainment. 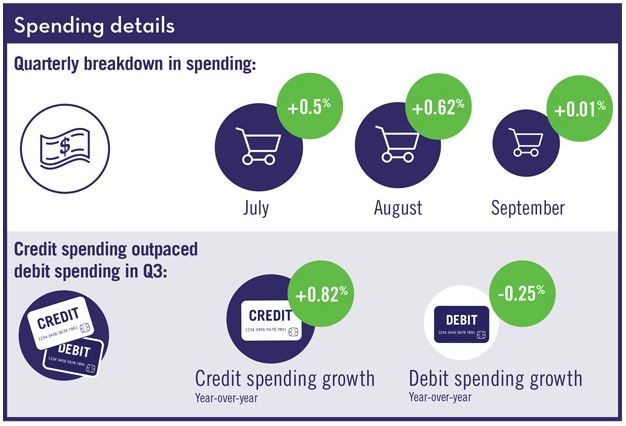 Moneris’ Quarterly Spending Report revealed that consumer spending rose 0.40 per cent relative to the same period last year. Spending climbed during the summer months, with a 0.5 per cent increase in July and 0.62 per cent in August before tapering off to 0.01 per cent in September. Canadians spent more on improving their homes and on vacations, and less on restaurants and entertainment, according to Moneris.

Summer 2014 demonstrated Canadians’ keen interest in home improvement and travel. It will be interesting to see if that trend continues into the remainder of the year or if the holiday season will see spending spikes revert back to entertainment and retail."

Spending rose in six out of nine categories highlighted in Moneris’ Quarterly Spending Report including household (3.75 per cent), airlines (4.32 per cent) and drug stores (1.81 per cent), but fell in the restaurant category, where dine-in restaurants witnessed a decrease (-6.4 per cent) in spending. Accompanying the rise in vacation spending, consumers spent more on luggage and leather goods (3.62 per cent). 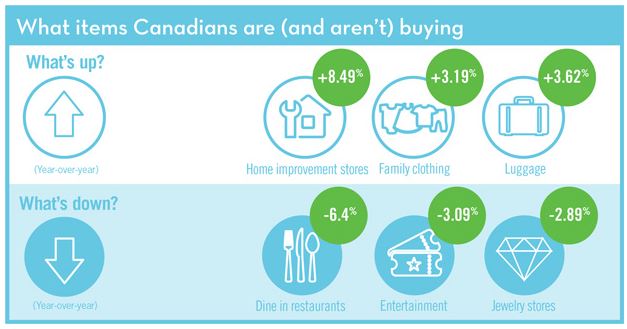 Spending at home and away

Purchases at home improvement stores rose by 8.49 per cent over the same period last year, and spending on plumbing and heating equipment, and on electrical contractors climbed by 5.14 per cent and 5.08 per cent respectively.

Spending patterns demonstrate enthusiasm for do-it-yourself projects, but they are willing to call in the professionals to perform specialized work, such as electrical and plumbing. Those who choose to leave the comfort of their houses are choosing to spend more on vacations as opposed to one-off experiences such as dinner and a movie.”

While spending on apparel decreased modestly (-2.07 per cent) overall, consumers spent 8.05 per cent more on family clothing in September as children headed back to school. In the same vein, spending in bars rose in August (1.34 per cent), but Canadians buttoned down as the kids went back to school, and spending at watering holes decreased slightly (0.62 per cent) in September over the previous year.

“Contactless transactions continue to represent an area of growth in the Canadian payments market as more consumers become comfortable with the technology,” said Brown. “We anticipate this trend will continue, particularly with the growth of mobile payments technology.”

Most Canadian provinces posted gains under 1 per cent (0.46 per cent-0.81 per cent). However, sales in Prince Edward Island and British Columbia increased by 2.31 per cent and 1.15 per cent respectively. Quebec and Nova Scotia were the only provinces to post losses (-1.32 per cent, -1.61 per cent). 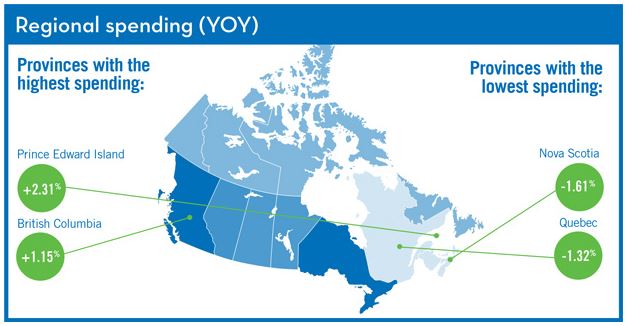 Despite a slowdown in year-over-year growth, Canadians continue to participate in Black Friday and Cyber Mo...